What Color Is Garnet? About Garnet Color 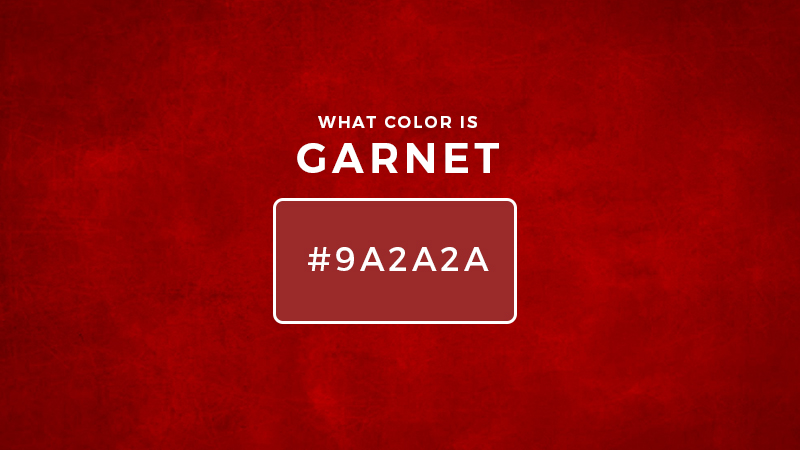 Astrology is perhaps one of the hottest trends and topics being explored by the younger generations, particularly millennials and the Gen Z population. Alongside this comes a penchant for one’s birthstone.

After all, it’s hard not to pique one’s curiosity when gemstones also speak to one’s personality and character, or so they say.

One birthstone you may have come across is garnet. Apart from being a precious stone, garnet is also actually the name of a color.

But what color is garnet?

We’re here to explore this further in this article and clue you in on what this color really is.

What Color Is Garnet? 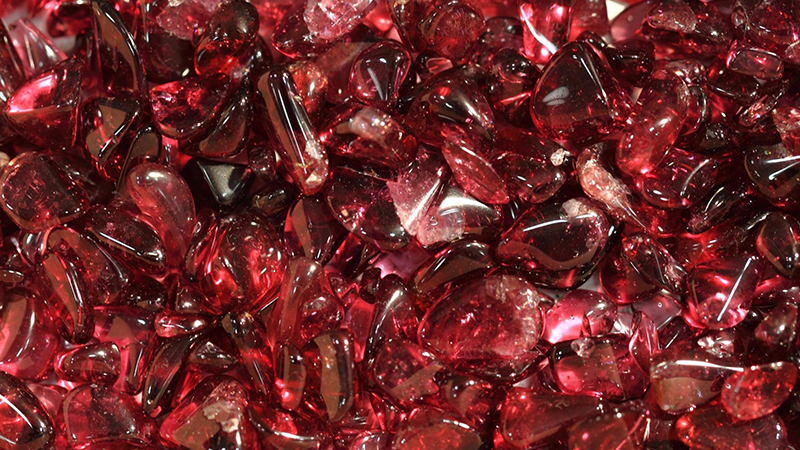 As hinted at above, garnet is actually a type of precious stone. A garnet stone is any member of a group of common silicate minerals. Since the Bronze Age, this stone has been recognized and used as a gemstone, as well as a type of abrasive.

There are different types of garnet that bear similar physical qualities and crystal forms. However, each is quite different in terms of its chemical composition.

Just as there are varying types of garnet, there are also various colors that correspond to this—the most common of which we know today: a deep red.

Since a deep red hue is the most common among the garnet colors, this stone has become synonymous with this color.

However, there is also a blue garnet, the rarest of it all, or even color-changing varieties.

Getting to Know the Color Garnet

It’s possible this referenced the pomegranate fruit, which bears similarities to garnet crystals, especially in terms of shape, size, and color. 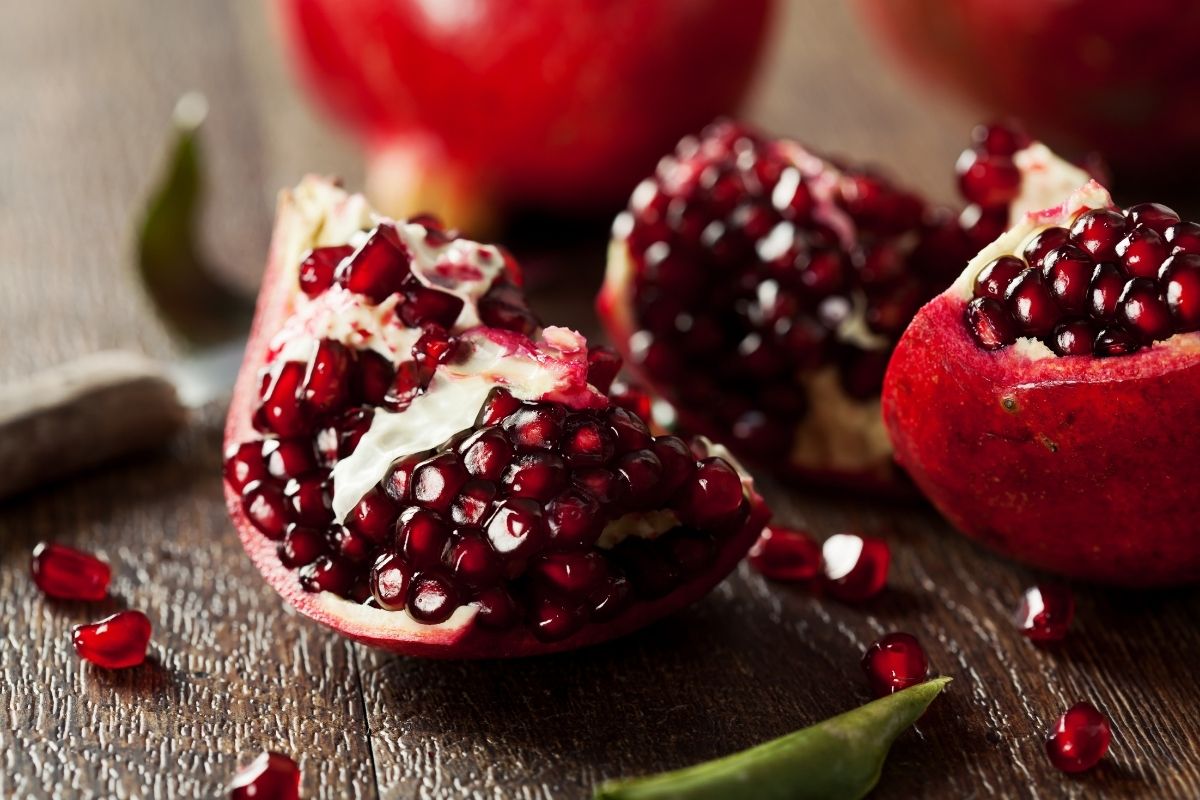 The deep, dark red color comes from two of the main varieties of garnet, namely almandine, and pyrope. Apart from the aforementioned varieties, there are also spessartine, andradite, grossular, and uvarovite garnets.

Garnet crystals from the almandine variety typically range from deep red to dark brownish-red. Because of their deep hue, you may hear these called almandine rubies and Oriental garnets. This is also the most common type used for making jewelry.

Meanwhile, pyrope garnets run from deep red to black. As such, they have many names like Cape rubies, California rubies, Arizona rubies, and the like.

Because garnet is more abundant in its red varieties, it has become closely associated with the deep, dark, red color that we all know today. Garnet has a depth of color to it. Apart from dark red, there is also a play of dark reddish-brown hues tinged with a purple color. 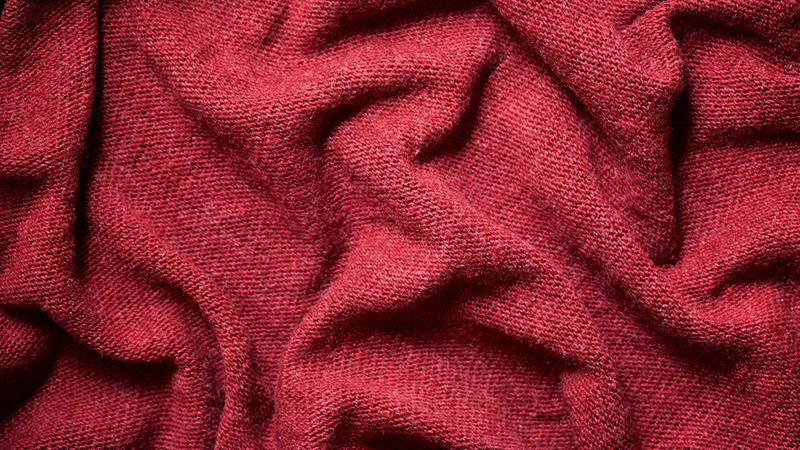 As a birthstone, garnet means passion and happiness, especially with its deep and fiery color. This is the crystal for the first month of the year, January. The color also represents these qualities, but there’s more to it.

Garnet has also come to mean love, blood, and even a source of life. Often called carbuncles, otherwise known as fire coals, garnet has also become synonymous with fire, burning, and warmth, as well as an important life source. In many ways, it can also represent change and transformation.

With its deep, dark hue, the color garnet is a mysterious and intriguing color. It seems as if it holds tons of secrets that are just waiting to be discovered.

In addition to this, the color garnet is also symbolic of one’s fiery energies. As such, it is a color that is also best for getting one’s creative juices out.

The Color Garnet Throughout History

Even ancient Egyptians thought of garnet as a symbol of life, using it to adorn their carvings and jewelry. The stones were prized possessions that the dead could bring with them in the afterlife, and so they were burnt alongside the dead. 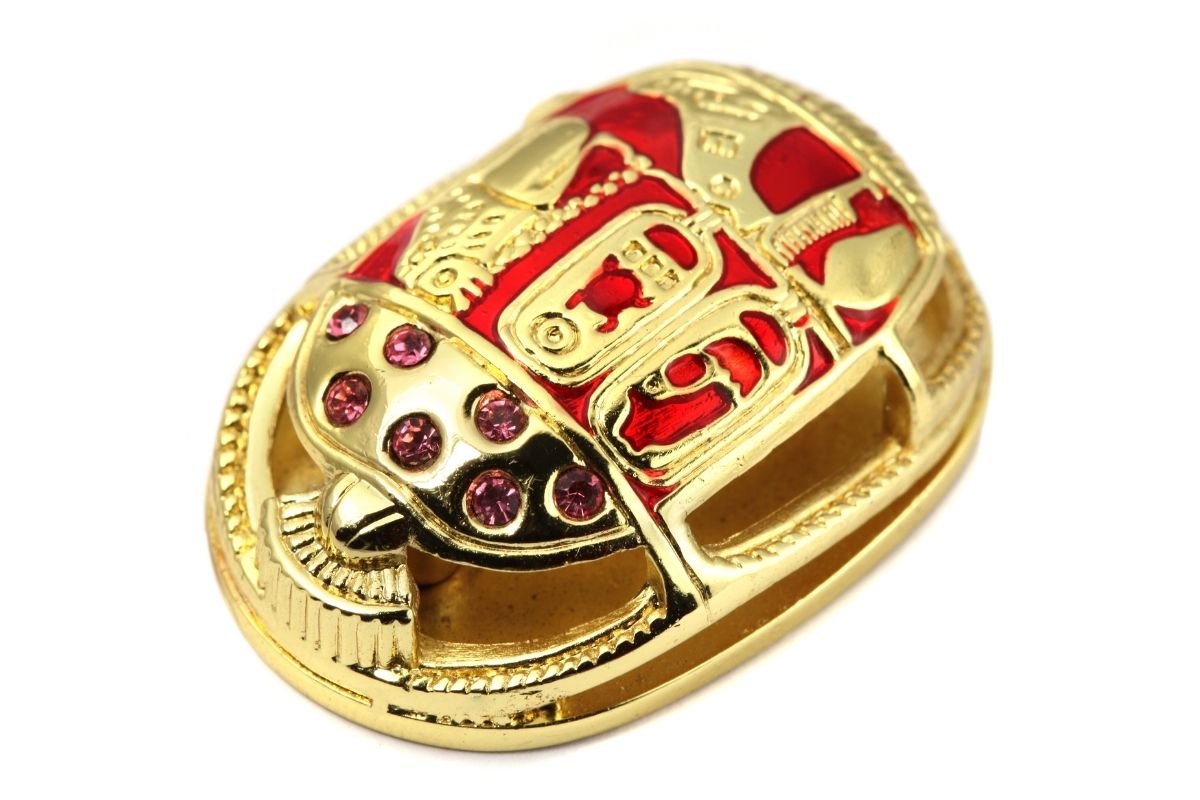 Besides the ancient Egyptians, the ancient Romans also valued garnet and what it symbolized. Because of this, garnet was used to inlay signet rings used to stamp the wax and seal in highly important documents.

In the Middle Ages, these gems were also highly valued since they were associated with the color of Jesus Christ’s blood and the sacrifice he made to save the people. Many also believed they provided protection and aid to those who wore them, which is why they found their way into many wars.

Garnet is a meaningful and precious stone that has a rich history. Knowing its meaning can help you use the color to fully display all it represents.