Ever wonder what colors you will get by mixing one hue with another? As an artist or designer, you have probably experimented with color combinations.

This practice comes in handy especially if you are someone who works with color all the time.

One mixture you might want to look into is purple and orange. Want to know what these two colors will make?

Start by revisiting the basic color theory. Check out the discussion below…

When talking about basic color theory, it is important to touch on the features of the color wheel. The wheel is composed of primary, secondary and tertiary colors.

Red, blue and yellow is called primaries, while different combinations of these three result in secondaries.

Tertiaries are those formed by merging one secondary and one primary hue.

Now, when you arrange these in a circle going from one primary color to another and to another, with the relevant secondaries and tertiaries in between, you will get a color wheel. 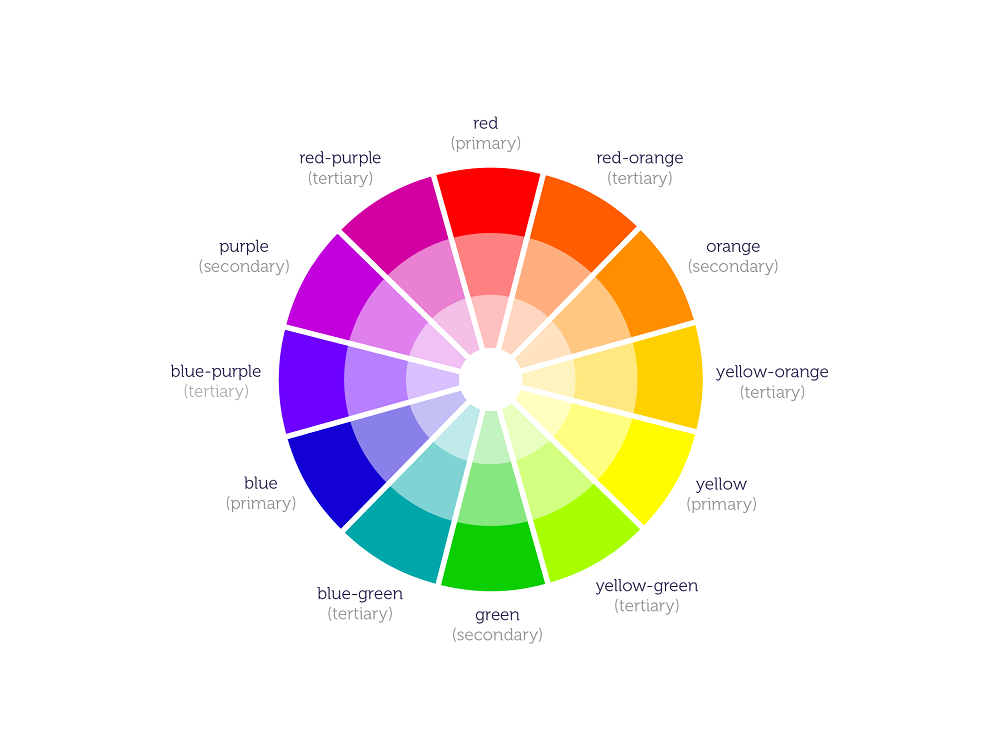 You will get a version of brown when you fuse together complementary colors or those that sit opposite each other on the wheel.

It is also important to know that mixing all three primaries results in a brown hue. Moreover, you can use black and white to create tints, shades, and tones.

Are you ready to know what hue you will get when you mix purple and orange?

Before that, there is still one more thing you need to know.

One source of confusion for artists and designers is the use of the term tertiary. Above, we mentioned that tertiaries are formed by mixing one secondary and one primary hue.

However, did you know that there are sources that refer to tertiary hues as a combination of two secondary ones?

In fact, many believe that this is the correct usage of the term.

For proponents of this idea, the blend of one secondary and one primary color is actually called an intermediary or intermediate color.

Knowing the basics of this approach, you know that purple or violet and orange are secondary hues.

Purple is formed by blending equal parts of red and blue.

On the other hand, orange is formed by combining red and yellow. 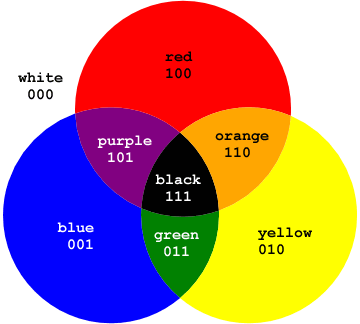 Because of this, you can say that the resulting hue can be called tertiary if you follow the explanation above.

Now, on to the main part…

What Color Does Orange and Purple Make?

Now that we have provided a deep explanation of how the color theory works. Let’s find out what happens when purple and orange are mixed together.

When you mix equal parts of orange and purple, you will get a russet hue. Russet is a version of brown that is characterized by its reddish or orangish color. 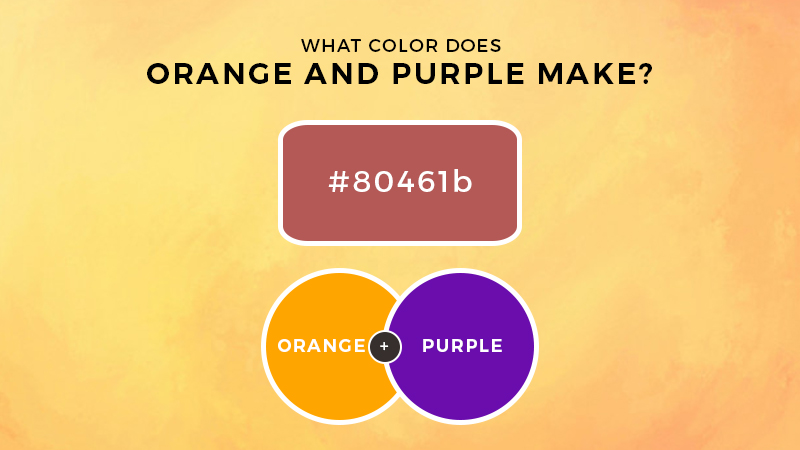 If you are wondering why, you only need to look back on our discussion of basic color theory above.

Remember, we are actually merging one part of yellow and one part of blue with two parts of red because both orange and purple have red.

What do you get when you mix all three primaries? The answer is brown.

Now, because we have more parts of red, the resulting color has a reddish-orangish characteristic.

You can also create a russet hue by simply making brown using different methods, then adding red into the mixture.

In the beginning, we mentioned that color mixing is essential for many individuals, including artists and designers.

Because of its rich brownish-orangish signature, you can use this hue to create beautiful autumn landscapes along with other colors associated with fall.

In fact, you can use it to paint works featuring things that require brown with hints of orange or red such as red foxes and pandas, wood and gradient sunsets.

Aside from portraying literal objects, you can also use russet to imbue deeper meanings into your works. Remember that russet is associated with sorrow and seriousness.

In fact, Shakespeare even used this word to help express a character’s anticipation of severe consequences. You can use this meaning to convey a message through your work even without explicitly depicting related images.

To create more varieties of russets, you can create gradients of this hue using black and white.

By adding black to russet, you can get a darker version of it called a shade. Mix white into this shade and you have a dark variety called tone.

If you blend white to a russet hue, the result is a light color called a tint.

By using these neutrals to create gradients, you can create a monochromatic work or simply a piece dominantly composed of russet.

Knowing what mixing two colors can create is an important skill for anyone who works with colors. In fact, you can explore your palette more and you will see the almost endless possibilities you can create using these orange and purple colors together.